And what of big brother David?

He seems to have led a steadier existence, being recorded as a fish curer in the 1841 and 1851 censuses, living with his wife Sarah Hallaran and their children at 54 Bexley Terrace, Pulteneytown.

In the 1841 census, his oldest daughter Janet who had married John Mowat had moved in with her parents together with her son Joh, aged 15. But according to a news report in May 1841, another of her sons, Alexander, had been killed when he fell from a local cliff while looking for birds eggs. Their father, according to this news report, was working in Glasgow. Also in Glasgow was another of David’s sons who – in the very same page of the John o Groat Journal – was an innocent bank teller involved in a sting operation by another teller. It’s possible this was William Hallaran, of whom more later.

Although not in the same league as his younger brother, David was clearly a respected member of the business community in Pulteneytown.

The current building appears to post date his time, but the location is pretty much on the waterfront of Pulteneytown harbour and it’s in a panorama of Wick published in 1847.

By 1851, at the age of 71, he was employing five men, with his wife, two children, four grandchildren and a couple of servants living in. Sarah Hallaran’s death certificate lists him as a merchant, so perhaps he did a bit of that too, and it probably sounded posher than fish-curer.

Wife Sarah hailed from Cloyne, County Cork in southern Ireland. It seems an improbable connection, but don’t forget that David’s father may have been stationed out there for some time, and there was a strong connection between the two through the herring trade, so it’s not as unlikely as it might seem. Indeed, it appears that David may have lived in Cork for a while, as his oldest child, Janet, was born in Ireland in 1801 according to the census. All the other eight children were born in Wick between 1802 and 1819, which means that poor old Sarah was having babies pretty much every other year between the ages of 20 and 39.

One strange feature is that they appear to have had two daughters called Jean (or Jane). The only light I can shed on this is a letter in D.B.’s papers which refers to one of them being known as Margaret, presumably using a second name to avoid confusion!

Janet Bremner married a John Mowat, and they had a son John (b.1826). I’d thought that he might be the author of the stuff on James Bremner, but since there are letters from him to D.B. in 1932, that seems less likely …

There’s a son, William Hallaran, who became manager of the Western Bank in Glasgow, and who died in the Red Sea on a trip to Bombay on the SS Carnatic, which is now a well-known shipwreck site for divers, and was buried in the Red Sea. D.B.’s records indicate his death in 1868, but since his wife died in Mexico in 1868 giving birth to twins by her second husband, it seems likely that it was a little earlier—and a descendant of his has put it at about 1864, in which case the shipwreck may not have been that of the SS Carnatic.

There’s a letter in D.B.’s correspondence from William’s daughter Ellie, bemoaning the fact that he lost all his money in the crash of a silver mine in Mexico. Some bank manager!

William’s father-in-law is supposed to have been involved in this catastrophic deal. It sounds as if there’s scope for more research there. Why was William Hallaran going to Bombay? Why did widow Ellen go to Mexico?

The second Jean, aka Margaret, apparently married twice; first to a Mr Stewart, and secondly to a Revd Gemmell. One of the daughters by the first marriage (also called Margaret) couldn’t stand the Revd, so became domestic servant to the said William Hallaran Bremner, until she found a nice husband of her own.

William’s three sons emigrated to Australia in the 1870s and their relatives moved on to New Zealand. 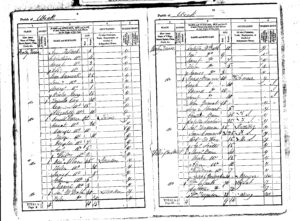 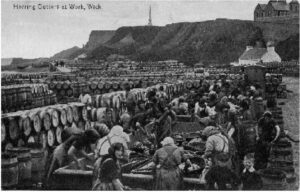 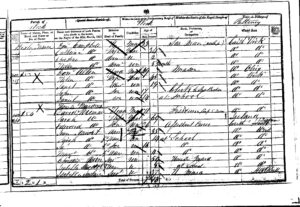 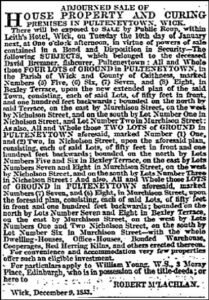 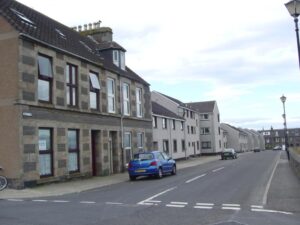 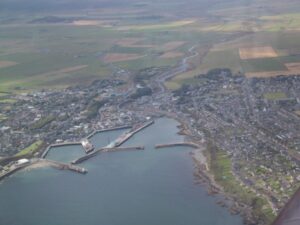 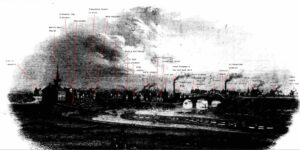