As we saw in the last chapter, Donald was born into a comfortably-off Glasgow household, the third of seven children. The convoluted interrelationship with the Hamilton family and the close proximity of the two households must have made for a childhood of extremes; many happy times, but some dreadful losses. His aunt Catherine died in childbirth when Donald was four.

But he was a boarder at Cheltenham College from the age of 8, and then in 1876 when he was 12, his mother Agnes and youngest brother Frederick died. In 1881 he graduated from Cheltenham and started at the Military College, Woolwich, where he remained until he was 19. He joined the Royal Artillery and was posted to the Garrison Artillery in 1884. His father and sister died in 1885, but by then he’d been living away from home for very many years, so it would not have affected him as deeply as others in the family. Nevertheless, he retained a fond affection for his older sister Jane, which has transmitted itself down the generations.

In 1888 he was posted to the Field Artillery, and in 1890 he was seconded to the Egyptian Army, and David has some wonderful correspondence from his colleagues there in fractured English.

Donald was marked out for a distinguished military career. In 1892, aged only 28, he was posted as adjutant to the (Percy) Volunteer Artillery, Morpeth, and on 21 June he married Mary Rose Holden from her parent’s home in Dover.

He had seen Mary Rose’s picture in the window of a photographer’s shop while serving with the Garrison Artillery in Dover and announced to the friend with him that she was the woman he was going to marry. The wedding was a double one, Mary Rose and her sister Henrietta Eveleigh getting married in the same ceremony. The Holden family traced its ancestry back a long way, and no, we’re not going there this time!

Their first child, Francis Donald Holden (later known as Bunny, because of his habit of twitching his nose), was born exactly nine months later on 27 March 1893 at Dover; presumably Mary Rose choosing to be with her family for the first birth. Not only did Donald become a father, but he was promoted Captain, Royal Artillery too.

William Hamilton (Bill) was born on 14 September 1894 at their new home in Alnwick.

In 1897 he was posted to the Garrison Artillery in Gibraltar as Adjutant, and in 1899 to Dover. How unusual for Mary Rose to be able to be close to her parents and her military husband!

In 1901 he was made Commander of the number 1 Depot Company at the age of 36, and a year later he resigned his commission and was appointed to the City of London Police as Assistant Commissioner. The entry in The Times of London says that he had spent time with the Kent Constabulary (presumably seconded while being based at Dover) where he had clearly made a good impression. They lived in Gloucester Terrace, near Paddington Station in London. His office was at 26, Old Jewry, London.

Donald remained in this role for the next 23 years until 1925, and it gave him access to all sorts of high-profile events and personalities. We have an invitation to a thanksgiving service for the recovery of King Edward VII in St Paul’s Cathedral in 1902.

He had been seconded to the police because of his reputation for keeping the men under his command fit, and among other things he introduced boxing as a means to keep the police on their toes. Hampy, he and younger brother Harry had been keen boxers; Hampy and Harry had became Scottish Heavyweight Amateur Champions (Harry in 1893) and Donald had contested both Army and Scottish titles in 1894 and 1897—at the very advanced ages of 30 and 33. In the second competition, he’d broken his hand against his first round opponent, which meant that he could only use one hand in the final, so it’s hardly surprising he lost.

This came to the attention of Prince Louis of Battenberg, who held various senior positions in the Royal Navy, culminating as First Sea Lord in 1912. He decided that it would be a good idea for the Royal Princes to get lessons at Buckingham Palace, and Donald went there on many occasions with his two sons to act as sparring partners.

Bunny remembered an occasion when the four boys were playing with a ball in one of the corridors and knocked an enormous vase on top of a wardrobe. It teetered and rocked, and the boys were terrified of the wrath of Queen Mary if it fell; but happily it settled back onto its base, and no-one was sent to the Tower!

There is also a leather wallet, inside which is a letter dated 6 May 1909 saying ‘to Bunny Bremner’ and signed by Edward, Albert and Harry—the three sons of George V.

These connections had a long-term effect on both of Donald’s boys, who later joined the Royal Navy. Bill became friends with David (later Edward VIII) and they both became cadets at the Royal Naval College at Osborne, while Bunny, who was academically gifted, went to Cheltenham College like his father, and won a Maths Exhibition to Cambridge.

Donald was made a CBE for his services to the police, and it’s worthwhile checking the online copies of The Times, which contain many references to him carrying out his official duties.

In 1925, Donald retired early due to ill health to the Old Kennels, Staplefield, Sussex, which he rented from friends. Later he built a small house, Broadoak, in the same village, and his older brother Hampy came to live across the village green at Rose Cottage.

There he started to compile the information about this family tree which has proved so valuable to those of us coming later. There are a number of letters from this time between himself and son Bill on their researches, and Bill was able to contact distant cousins in New Zealand on a posting there.

Despite his rather austere upbringing, having been away from home from the age of 8, Donald comes across as a loving and caring person, and the pictures taken at this time reinforce that image. He made the sewing box for his sister, and Ian has song books of his which indicate he was musical. His wife Mary Rose died in 1931, and Donald died in 1935 aged 71, having moved to a nursing home in Sevenoaks, Kent, to be close to Bunny. 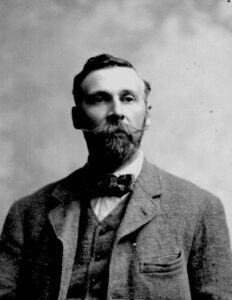 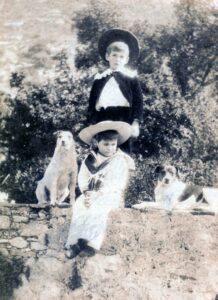 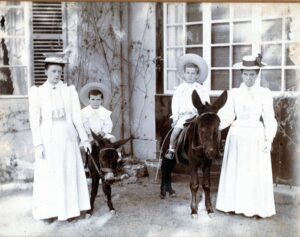 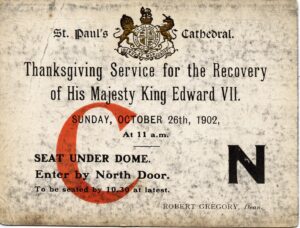 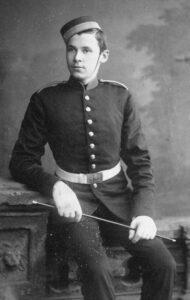 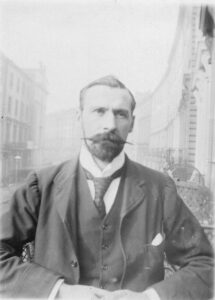 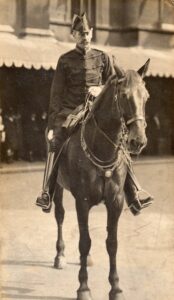 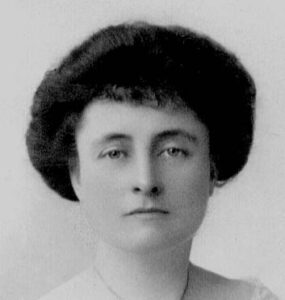 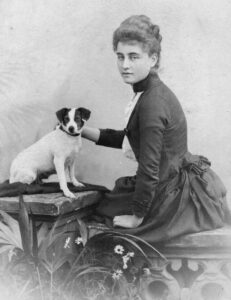 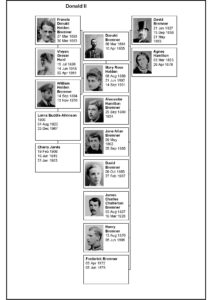