When you get started on looking up your family tree, there’s a temptation to try and find every single relation; ancestors, descendants, siblings, siblings of ancestors, and their spouses and their descendants and ancestors—and within a couple of generations, the whole thing is an unspeakable tangle. So you need to be selective, which means that while this is a family tree, it’s not the family tree. It’s our slant on our own ancestors, with whole chunks of it ignored—for the moment at least.

The first research was done by Ian’s grandfather and uncle, who were interested in our relationship with James Bremner, engineer and wreck raiser, and so they were primarily interested in the paternal line which is the line we’ve followed here, diverting occasionally where the fancy took us, and spreading out in the twentieth century to include many of our known living relatives, concentrating on the Bremner surname.

The story’s written in chronological order, because it seemed to make better reading. There’s a full tree at the front, to allow you to get your bearings, and chapters for the various individuals and their immediate families, with individual trees and photographs. Separate appendices contain a formal genealogy, together with the documentary records.

Of course a family tree is never finished, and we’ll try and keep it up to date, but contributions from elsewhere are more than welcome!

In the meantime, there are some interesting links across the generations. If, as is possible, the first James Bremner married a Janet Bremner, then no less than seven generations married another Bremner or a family beginning with H! Height is another common factor. In generation 6, Alexander Hamilton was 6 ft 7 in, his brother Donald was 6 ft 5 in, Charlie was 6 ft 3 in or 6 ft 5 in, depending on the source, and David appeared taller than him. Donald’s son Bunny was 6 ft 3 in, his son Ian is 6 ft 2 in and his son David is 6 ft 3 in, countering the trend for successive generations to get taller. Also bucking the expected trend is the age at death, which is pretty consistently in the seventies and eighties right through the generations, with first children being born in the middle or late twenties. And there’s the size of family, which does the expected thing and drops spectacularly in the twentieth century.

But perhaps the most striking common factor is the closeness of family ties. It seems to be relatively rare for families to remain close throughout an entire lifetime, but the Bremners have remained close, despite being fairly mobile, and living great distances—sometimes half a world—apart.

It doesn’t matter which generation you choose, you’ll find an unusual closeness between siblings, or between children and parents—and that holds good even today, where all the living related Bremners remain in close touch and care for each other more than is common.

These days, the internet enables one to cover vast amounts of research without the legwork that was originally involved, but the bulk of this information was assembled by Donald (d.1933) and his son Bill (William, d.1970)—referred to hereafter as D.B. and W.H.B. respectively. Ian (b.1923) has stored their documentation and kept the information up to date and edited the text; David (b.1950) wrote this document and wife Susan did the bulk of the internet research.

The name Bremner is a corruption of Brabanter, and refers to tradesmen from the Low Countries (i.e. Brabant) from around the fifteenth century.

Over time it turned up in a number of different spellings.

Today the greatest concentration of Bremners is in the far north east of Scotland, around the town of Wick.

And that’s where our story starts. 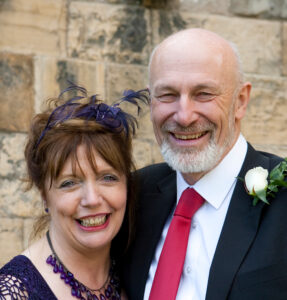